Cancer is the leading cause of death in men in France, the second in women. What is cancer? How to detect it? What signs should alert? What are the current treatments? What prognosis by type of cancer? Zoom in on each type of cancer and its evolution.

Cancer is the leading cause of death in men in France, the second in women. According to Public Health France, the most frequent cancers are prostate cancer in men (a quarter of male cancers in 2018), breast and lung cancers in women (respectively a third and 9% of female cancers ). In men, the incidence increased little between 1990 and 2018 while it has steadily increased in women. 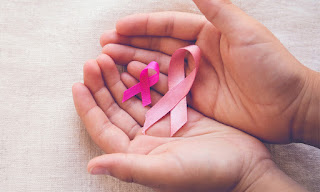 Cancer is the name given to any type of rapidly growing malignant tumor that spreads to the rest of the body. These tumors are caused by the uncontrolled multiplication and mutation of cells in the body leading to uncontrolled development. When cancer cells reach other parts of the body, it is called “metastasis”. There are over 200 different types of cancer with widely varying treatments and prognosis.

Cancer is the leading cause of death in men in France, the second in women. According to the National Cancer Institute:

What are the most common cancers?

What are the causes of cancer?

While some cancers have specific causes, such as skin cancer caused by sun exposure or lung cancer from smoking, more often than not, the cause of cancer is unknown. On the other hand, a great deal of scientific research has made it possible to highlight the main risk factors for cancer.

The three main risk factors are:

unhealthy food (too much red meat, ultra-processed foods, cold meats, sugars, salt and not enough fruits and vegetables) is responsible for around 30% of cancers in the West.

alcohol which is responsible for 20% of cancers (including 8000 cases of breast cancer in women). The first concerned are cancers of the upper aerodigestive tract (throat, esophagus) as well as liver cancer, breast cancer or colorectal cancer.

Among the other risk factors: overweight and obesity (risk factors for 12 cancer sites), physical inactivity, exposure to the sun, infections, pollution or exposure to radioactive substances. According to the Inca, 41% of new cases of cancer could be prevented.

In the event of a diagnosis of cancer, the treatment is adapted according to the type of cancer, its stage of development, the age of the person and his general condition.

Cure is the complete and definitive disappearance of the disease. It means that the risk of death of the patient is the same as that of the population of the same sex and of the same age. finds differences in terms of cure, depending on the type of cancer and the country. All shook up: The 5 best musical biopics like Elvis The Mercedes EQS Vs the Tesla Model S

Posted by By Mastoroula_Mary 6 Min Read Which luxury car model to choose?

Posted by By Mastoroula_Mary 3 Min Read Posted by By Mastoroula_Mary 5 Min Read